When RavenTL selected the theme for this film there was no turning back, and the end result is an entertaining and delightfully different type of frag video. The Pink Panther 2 contains a variety of frags from a variety of players, but introduces alot of new and creative elements which could only really work with a film like this.

For instance, the use of the original theme song throughout, however remixed by and blended perfectly. The inserts from the cartoon, the many creative transitions and animations which truly set this film apart from everything else.

Overall I was impressed with the quality of production and the attention to some of the finer details, this is a great film for both the frag enthusiast, as well as The Pink Panther fans still lurking around the world. 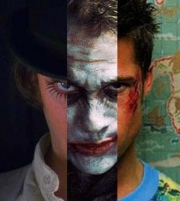