The king, her father, up and cried,

"Oh, what a nuisance! What a life!

Now I must find another wife!"

(It's never easy for a king

To find himself that sort of thin.)

He wrote to every magazine

And begged to be the royal bride.

The king said with a shifty smile,

However, in the end he chose

Who brought along a curious toy

That seemed to give her endless joy -

This was a mirror framed in brass,

Ask it something day or night,

It always got the answer right.

For instance, if you were to say,

"Oh mirror, what's for lunch today?"
The thing would answer in a trice,

"Today it's scrambled eggs and rice."

Now every day, week in week out,

The spoiled and stupid Queen would shout,

"Oh Mirror Mirror on the wall,

Who is the fairest of them all?"

The mirror answered every time,

"Oh Madam, you're the Queen siblime.

You are the only one to charm us,

Queen, you are the cat's pyjamas."

Then suddenly, one awful day,

She heard the Magic Mirror say,

"From now on, Queen, you're Numbet Two.

Snow-White is prettier than you!"

She yelled, "I'm going to scrag that child!

I'll have her rotten guts for dinner!"

She called the Huntsman to her study.

She shouted at him, "Listen, buddy!

You drag that filthy girl outside,

And see you take her for a ride!

And bring me back her bleeding heart!"

The Huntsman dragged the lovely child

Deep deep into the forest wild.

She cried, "Oh please give me a break!"

The knife was poised, the arm was strong,

The Huntsman's heart began to flutter.

And you can bet your life she did.

Later, the Huntsman made a stop

Within the local butcher's shop,

And there he bought, for safety's sake,

A bullock's heart and one nice stake.

"That rotten little girl has died!

And just to prove I didn't cheat,

I've brought along these bits of meat."

The Queen cried out, "Bravissimo!

I trust you killed her nice and slow."

Then (this is the disgusting part)

The Queen sat down and ate her heart!

(I only hope she cooked it well.

Boiled heart can be tough as hell.)

While all of this was going on,

Oh where, oh where had Snow-White gone?

She'd found it easy, being pretty,

To hitch and ride into the city,

And there she'd got a job, unpaid,

As general cook and parlour-maid

Each one not more than three foot ten,

Ex horse-race jockeys, all of them.

These Seven Dwards, though awfully nice,

Were guilty of one shocking vice -

They squandered all of their resources

At the race-track backing horses.

(When they hadn't backed a winner,

None of them got any dinner.)

I think I've got a great idea.

Just leave it all to me, okay?

And no more gambling till i say."

That very nightm at eventide,

And then, when it was very late,

She slipped in through the Palace gate.

The King was in the counting house

Counting out his money,

The Queen was in the parlour

The footmen and the servants slept

So no one saw her as she crept

On tip-toe through the mighty hall

And grapped THE MIRROR off the wall.

As soon as she had got it home,

She told the Senior Dward (or Gnome)

To ask it what he wished to know,

Each one of us is stony broke!

Which horse will win tomorrow's race,

The Mirror whispered sweet and low,

"The horse's name is Mistletoe."

Then rushed away to raise some dough

With which to back old Mistletoe.

They pawned their watches, sold the car,

They borrowed money near and far,

(For much of it they had to thank

The manager of Barclays Bank.)

They went to Ascot and of course

For once they backed the winning horse.

The Mirror made the bookies pay.

And each was soon a millionaire,

Which shows that gambling's not a sin

Provided that you always win. 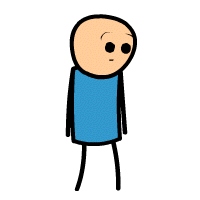