A British man has been arrested and cautioned for stealing accounts for online game Runescape.

Jagex, creator of Runescape, said it was likely to be the first of several arrests as it tackled in-game fraud.

Online game Runescape has more than 100 million active players and play revolves around collecting and spending virtual cash and loot.

The company said it was working with UK police and the FBI to track down and catch those targeting Runescape.

A statement from the Police National e-crime unit said: "A 23-year-old man was arrested in Avon and Somerset on the morning of Tuesday 24 November by officers from the Police Central e-crime Unit, on suspicion of a number of computer misuse offences." 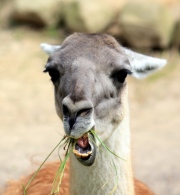